City Quizzes – Where you guess the name of the city

These are quizzes based on different cities in North America. You will need to guess the city by using the hints provided for each question. Each quiz is timed, only to prevent people from starting a quiz, then leaving with the quiz unfinished. 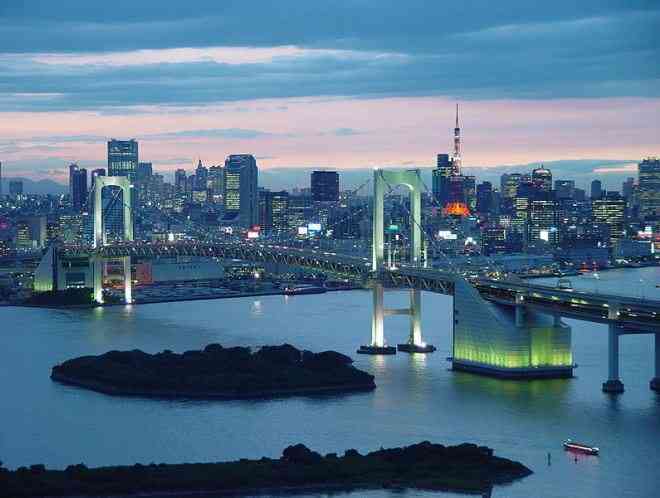 Assuming the name of the city and bridge is unknown in the above image:
Example questions or clues using the above picture as the city in question could be:

Question 1. What country is this bridge located in?
Question 2. What city has a bridge named after the sight sometimes seen in the sky after a rain?
Hint;

Now that you know something about the quizzes here’s one below for you to take.

Mystery City on the West Coast of the United States

Here’s a familiar sight, the futuristic structure standing out above all the other buildings. If you live in the area then of course you know what it is and what it is called. You may have seen it flying into or out of the city. In this case I’m not naming the structure because if I do you will immediately recall the city it is in. So I’m going to say a couple of paragraphs here and the quiz will have you guess something else. 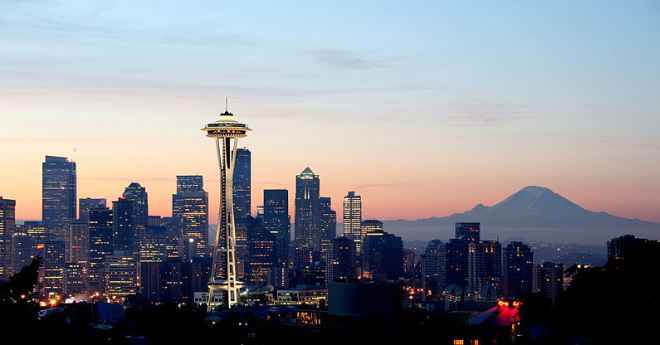 The city its in is a coastal seaport city and the seat of King County, in a U.S. state. The city had an estimated 634,535 residents as of 2012. It is the largest city in its region of North America and one of the fastest-growing cities in the United States. The city’s metropolitan area of around 3.5 million inhabitants is the 15th largest metropolitan area in the United States.

The city is situated on a narrow isthmus between Puget Sound (an inlet of the Pacific Ocean) and Lake Washington, about 100 miles south of the Canada–United States border. A major gateway for trade with Asia, this city is the 8th largest port in the United States.

The area of the city had been inhabited by Native Americans for at least 4,000 years before the first permanent European settlers. Arthur A. Denny and his group of travelers, subsequently known as the Denny Party, arrived at Alki Point on November 13, 1851. The settlement was moved to its current site and named in 1853. Their new site was named after Chief Si’ahl of the local Duwamish and Suquamish tribes.

Take the quiz. If you live in the United States you must know this city. If you don’t know the structure and or the city and live in the US and Probably Canada too, at least on the West Coast of Canada you deserve an F or failing mark.

This Travel Quiz is about a City on the West Coast of the United States. There are no clues to this test. This quiz also has True/False answers. The level of this test is as easy as pie.

If you do not live in the United States then good luck. Thinking about the choices in the possible answers might help. Consider this city as a potential stop during a vacation.

To learn more about a city or area in the USA click the link indicated below which will take you to our main travel site.