This trivia quiz is based on the writeup below. Although it’s a trivia quiz you should learn something about the Indy Cultural Trail in the process. Read this writeup first before you take this Trivia Quiz. However you can cheat if you think you’re smart and just glance at this writeup, although you will probably not do so well. But if you’re like me you might risk it.

One of the best ways to explore a city at a leisurely pace is cycling. These days, Indianapolis Indiana boasts one of the biggest urban cycling infrastructures in the United States. The Indy Cultural Trail stretches 8 miles of well-signed bicycle-friendly and walking trail.

The Indianapolis Cultural Trail, constructed between 2007 and 2013, is an urban bike and pedestrian path. It connects the city’s five downtown Cultural Districts, neighborhoods and entertainment amenities, and serves as the downtown hub for the entire central Indiana greenway system. The trail includes benches, bike racks, lighting, signage and bike rentals/drop-offs along the way and also features local art work. It was officially opened in May 2013

The path leads you to the cultural districts and the most prominent attractions in the city. The best thing about exploring these sites is that you are sparing the environment from pollution while burning calories. How many of us would like to burn away a few extra pounds?

Not Just the Indy 500 Anymore 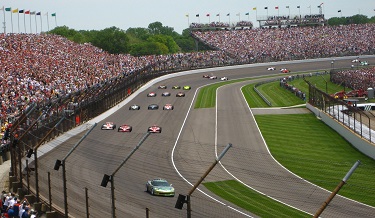 Indianapolis may be known to the world as the home of exhilarating car races like the Indy 500 at the the Indianapolis Motor Speedway. However, now the city hopes to attract cycling enthusiasts, nature lovers and adventure seekers. It is hoped that these new enthusiasts will try out this cultural trail, which was only made available to the public in May 2014. The trail was constructed with safety as a priority. The trail is spacious enough to accommodate both pedestrians and cyclists.

For locals, this trail is a safe and convenient way to reach downtown. In addition, they can use the trail for running and doing everyday errands. But for tourists, this is a way to get the feel of Indianapolis and its cultural heritage. While following the trail, you will be exposed to lovely green landscaping and exquisite stone work and public art.

One of the interesting public masterpieces is called “Moving Forward” by the artist Donna Sink. The art features a series of bus shelters adorned with lines of poetry written by local writers. The bus shelters are made of eco-friendly materials including stained glass. Another unique structure along the path is called “Chatham Passage” by Sean Derry. This masterpiece is actually a complex steel grate which hides a fragrance machine. This quirky machine produces the smell of roses, which is easily recognizable as you pass by.

If you are visitor to the city and do not have a bicycle, don’t despair. You still have the chance to discover the Indy Cultural Trail by renting the two-wheel transport. Bikes available for renting are lined up along the paved and lighted pathway. This part of the pathway is quite state-of-the-art as it features LED lights that are motion-activated.

The Main Loop of the Trail

The main loop of the Indy Cultural Trail winds through the downtown area to show you important sites like the Indiana Repertory Theater, the Indiana State Museum in White River State Park. It will also lead you to the famous Indianapolis City Market at 222 East Market Street. Travel experts recommend tourists to start their Indianapolis Cultural Trail journey at this market site, which was first established in 1821. The site underwent renovation is now a larger German-style indoor facility. While there, you can enjoy a wide range of cuisine including the favorite local snacks and desserts. 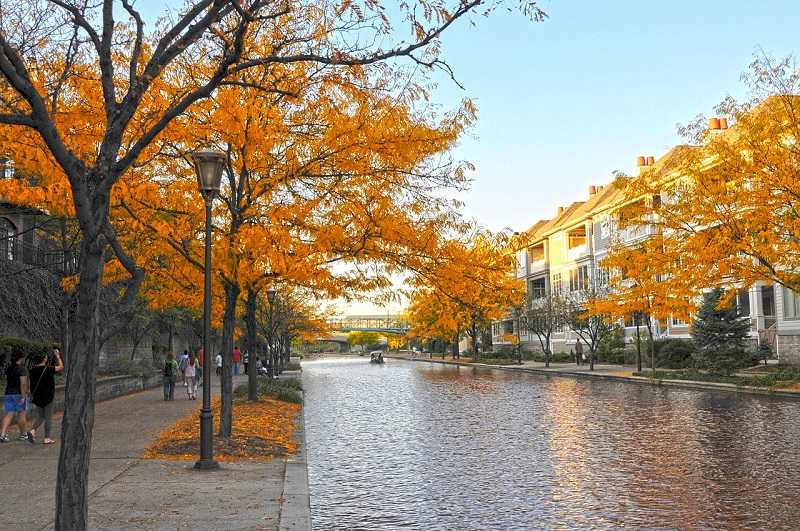 After letting your hair down at the City Market, follow the trail and head north via Alabama Street. By doing this you will encounter a parking lot that holds a memorial to Elvis Presley, who performed his last concert in this space in June, 1977. The cultural trail also shows prominent neighborhoods like the Fountain Square and the Mass Ave, with its hefty collection of restaurants shops and galleries.

Other Attractions and Events

In May, the Indianapolis Cultural Trail, a bike & pedestrian path connecting some of Indy’s most popular cultural institutions, had its long-awaited public coming out with a ribbon cutting and celebration. It’s one of the biggest bicycling infrastructure achievements in North America, and yet it’s still practically a secret.

As you’ll see, the Cultural Trail runs eight fantastic miles through the heart of downtown and features beautiful stone work, green landscaping and even bioswales to absorb stormwater runoff. There is great signage and trail design with an eye for maximum safety. In many places, parking and/or a car travel lane was converted to trail space. But most importantly, the trail features ample room for both cyclists and pedestrians (most of the time in separate environments) to get around downtown, whether they’re commuting, exercising, running errands, or just going for an afternoon jaunt. It’s fun and very safe and people of all ages using it.

Across the U.S. cities such as NYC, Chicago, and Washington are doing tremendous work installing miles of protected bike lanes with inexpensive materials. Although the Cultural Trail cost quite a bit, it’s nice to know that to find extensive downtown bike infrastructure made with beautiful, permanent materials, we don’t have to look to Europe. We can go check out Indianapolis.

Take this Cycling Indy Cultural Trail trivia quiz and see if you’ve learned or remember anything. 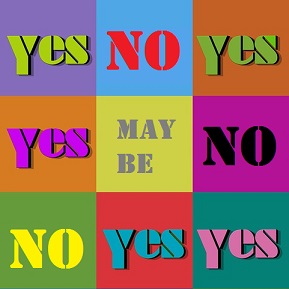 This Travel Quiz is about Cycling the Indy Cultural Trail. There are no clues to help you out since this is a trivia quiz. The level of this quiz is unknown, but probably easy if you read the writeup.

Answer all questions. Each answer is worth about 10 points. If you don’t know the answer, then take a guess.

Indianapolis is a potential city you might want to visit. If you do, consider cycling the trail for an interesting adventure.