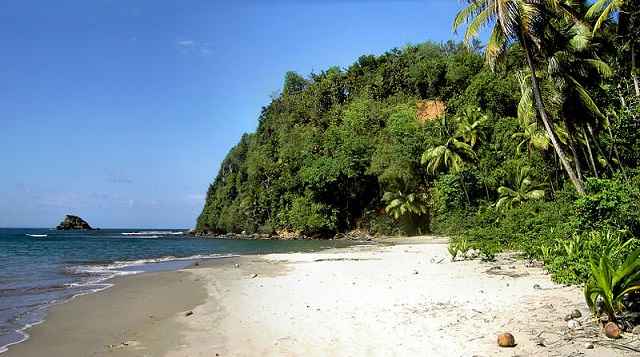 Hampstead Beach, one of the beaches where Pirates of the Caribbean II & III were filmed, Dominica, W.I. Photo by Hans Hillewaert / CC-BY-SA-3.0

Known to many seasoned travelers as the Nature Island, Dominica is officially called the Commonwealth of Dominica. It lies midway along the Eastern Caribbean archipelago and should not be mistaken for its Caribbean neighbor, the Dominican Republic.

There are not many people inhabiting the island. A large number of the 70,000 residents live in and around the capital Roseau.

Not Your Typical Caribbean Vacation Spot

This uniqueness is the very thing that makes it special.  Dominica is dominated by tropical rainforests, which makes up two third of the entire island. Here, you will find rivers, lakes, waterfalls and streams made abundant by a high annual rainfall.  Geothermal and volcanic activities are common on the island, as it has seven active volcanoes. 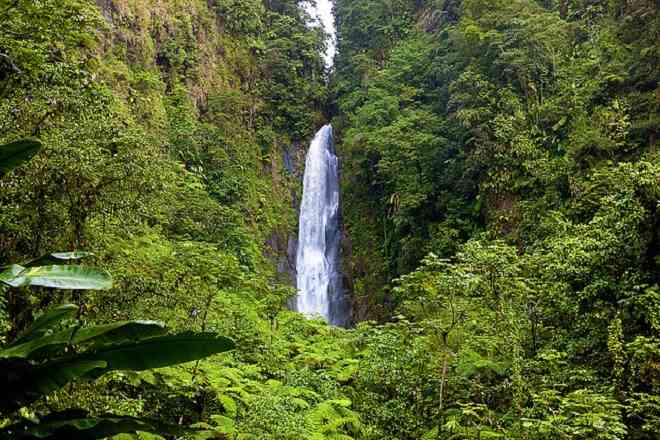 For Adventure Seekers and Nature Lovers

The island is for adventure seekers and nature lovers who do not seek leisure sightseeing nor a vibrant nightlife. If rappelling down waterfalls, gorges and canyon appeals to you, then this is the place to visit.

Aside from the adventure sports available on the island, hiking is a staple activity for tourists. One of the most hiked trails is the Waitukubuli National Trail, which stretches 115 miles (184 km) and starts from the southern tip of the island to the Cabrits National Park.  The hiking trail is divided into 14 segments, with each segment taking approximately 6 hours to finish. 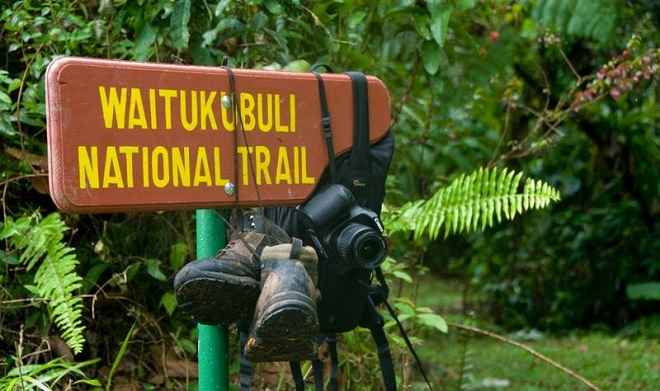 Another prominent Dominica landmark is the Morne Trois Pitons National Park, which is a designated World Heritage Site by UNESCO. Here, you can enjoy a number of natural attractions like the Boiling Lake, Middleham Falls, Boeri Lake and the Freshwater Lake. 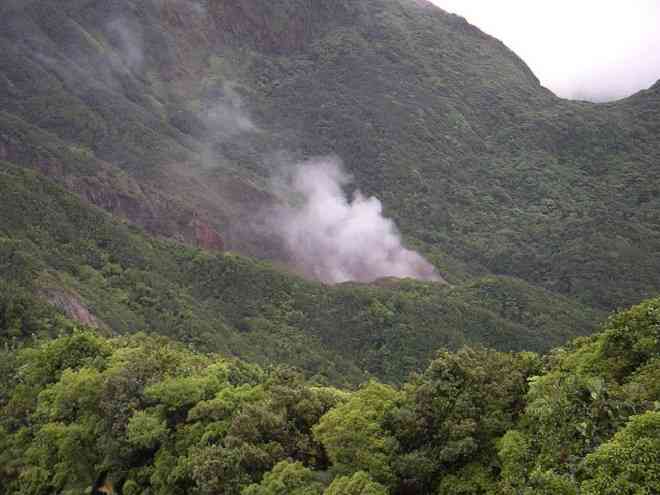 Boiling Lake is part of a renowned back country hiking trail, but is not for the fainthearted.  The trail typically begins from Totou Gorge to Boiling Lake, and is seven miles long.  The terrain can be rough, wet and confusing, so it’s highly advisable for inexperienced hikers to get a local guide during the journey.  Even though the hike is a challenge, the destination is very rewarding. The hike trail ends on top of the 3000 foot Morne Nicholls where you can get amazing views of the Caribbean and explore the Valley of Desolation, populated by geysers, bubbling mud pools and colorful sulfur springs. 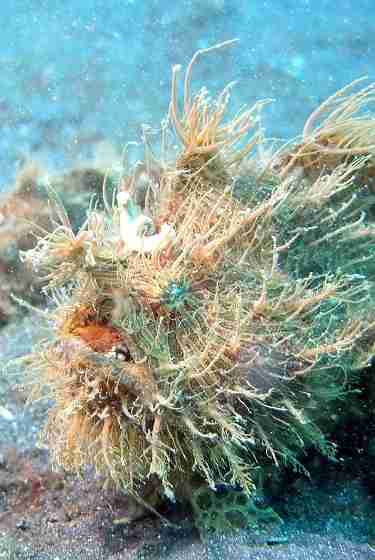 A striated frogfish, with upturned mouth, very distinct spinules, and esca in the form of a white worm. Photo by Jens Petersen / CC-BY-SA-2.5

Dominica has an abundance of sea walls and colorful reefs, which are home to a wide range of marine creatures not often seen in the Caribbean waters like frogfish, seahorses, sea snakes, electric rays and Batfish and flying gurnards. The island’s underwater topography is characterized by cliffs, canyons, underwater boulders and volcanic craters, making it one of the most incredible diving settings in the world.

One of the best diving spots in Dominica is the Soufriere Scottís Head Marine Reserve; the oldest reserve on the island and known for its volcanic underwater formations. Another spectacular spot is the Cabrits National Park Marine Section, which is in the northern section of Dominica, and popular for its coral walls and rare variety of fish.

In the central west area lies the Salisbury Marine Reserve, which boasts the best reef diving in all of the Caribbean.  If you want to see underwater lava pinnacles and vents spewing warm bubbling geothermal waters, head out to the Champagne diving and snorkeling site.

This Travel Quiz is about Dominica – A Caribbean Standout. This is a true or false quiz. The level of this quiz is easy.

If you are traveling in the Caribbean anywhere close to Dominica you might want to visit this nature island.

Adventure activities, fascinating wildlife, history, culture, beautiful landscapes, sunshine and friendly people – all of these can be found in Dominica, one of the Caribbean’s hidden gems.

View the picture and read the above text BEFORE you take the quiz.
Take the quiz and let’s see how good you are at this quiz about Dominica – A Caribbean Inland standout.